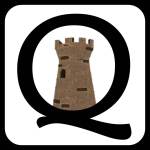 One by one, Isla’s senses awakened. The pain in her legs and buttocks greeted her first. The bad dreams dissolved into one, and she opened her eyes. The tree branches overhanging her sleeping spot blocked the morning sun, but didn’t hide the ugly scowl of the hauflin who peered down upon her. She trembled, remembering the events of yesterday. He must have sensed her fear because a stupid smirk appeared on his face.

Isla breathed easier when he turned and walked away. She sat up and pulled the blanket around her. The dwarf who had carried her to a safer location still leant against the tree. He ate bread from a brown bag. He didn’t spread anything on it like butter or fenberry jam. He ate it as if a big cookie.

The strange creature which had held her by the hair and forced her to watch as the hauflin beat her granddas to death sat on the opposite side of the campsite. She shivered when she saw him watching her. In a meticulous motion, he sliced slithers of apple with a knife, placed them on his tongue and drew them into his mouth. The colour of his short, thick fingers appeared unlike anything she’d seen on a being. The putrid green looked like stains from squashed peas. His hair lay flat against its scalp as if a year’s worth of dirt weighed it down.

The eyes frightened Isla the most. They stared at her as if looking into her head and reading her thoughts. The cold, green eyes, similar to the colour of the creature’s fingers, seldom opened more than half-way. He seemed to always be squinting at the sun though he sat in the shade.

Until December 31st, the eBook Shadows in the Stone by Diane Lynn McGyver will be on sale at Smashwords for $1.99.

The traditional fantasy novel is the first in the Castle Keepers Series that takes place in the Land of Ath-o’Lea.

Shadows in the Stone is captivating in its simplicity. It is fantasy explored with simple, concise language that any reader can (and will) enjoy. I don’t normally read fantasy but the town of Maskill pulled me in, and very much became 3-dimensional. Alaura and Bronwyn’s love is pure, as is their adoration for Isla. ~ Cheryl L. Davis, June 20, 2012.